“When was the last time you spent a quiet moment just doing nothing – just sitting and looking at the sea, or watching the wind blowing the tree limbs, or waves rippling on a pond, a flickering candle or children playing in the park?” Ralph Marston If you have no idea what 80 days of […] Contact Me

“When was the last time you spent a quiet moment just doing nothing – just sitting and looking at the sea, or watching the wind blowing the tree limbs, or waves rippling on a pond, a flickering candle or children playing in the park?” Ralph Marston 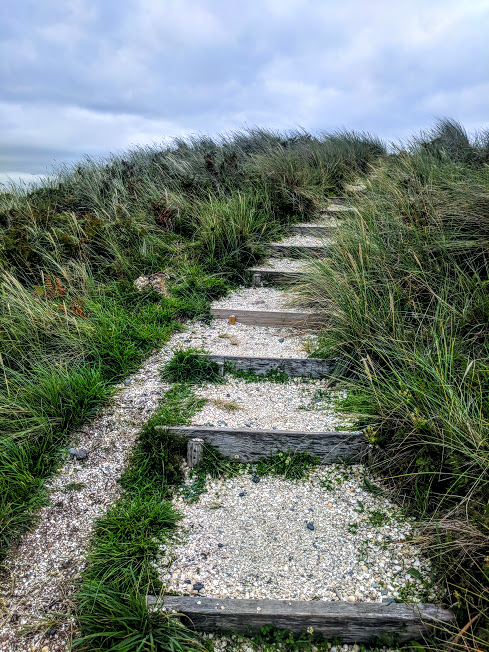 If you have no idea what 80 days of summer is all about, then where have you been!? Don’t worry you can catch up here. But basically for 80 days, I am going to make sure I do something every single day that makes the most of summer, some things will be new some won’t. This challenge is to show that life is really made for living, no excuses, no wasting days! Just happiness every single day. 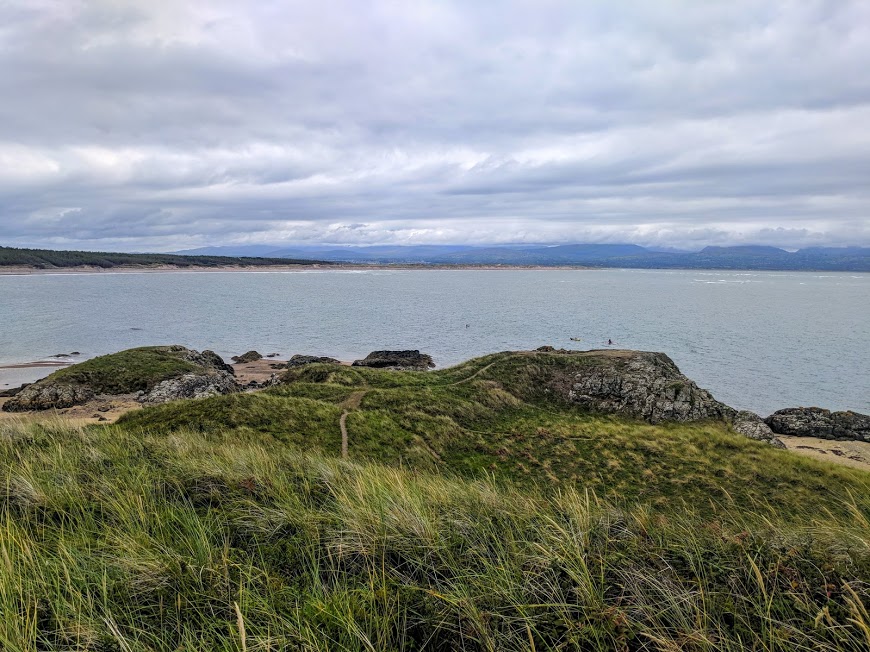 I really cannot describe to you how amazing I feel when I am near the sea and how much my heart aches for it when away. This summer I have wanted to spend every second near the sea, unfortunately I don’t work near the sea but I’m incredibly happy with the amount of time I have managed to get the and paddle away in the water. 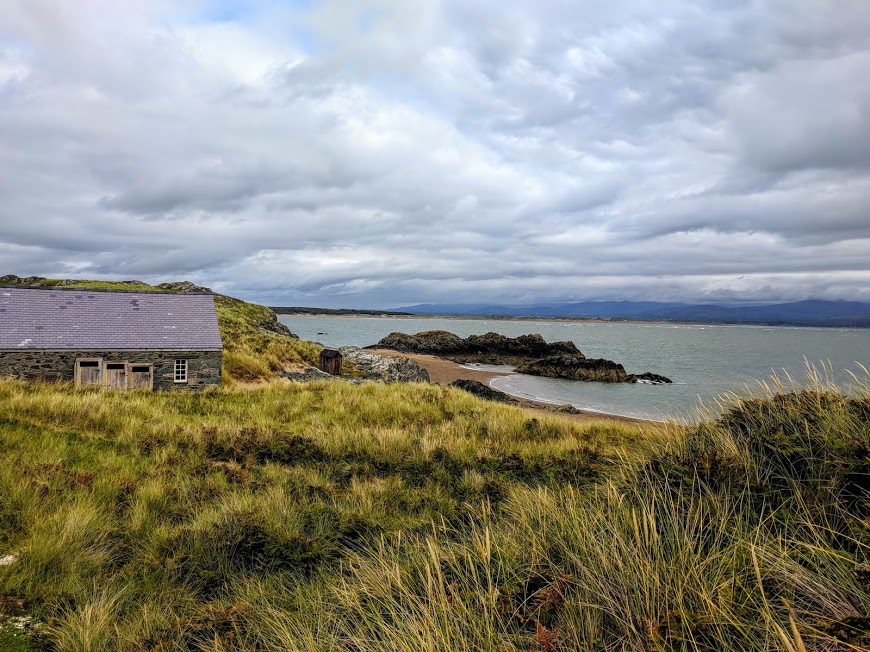 There is something completely magical about being near the water, salt water really is the cure for anything. I am currently saving to buy my first home on my own and I can’t tell you how tempted I am to completely move away just to be able to love near the sea. 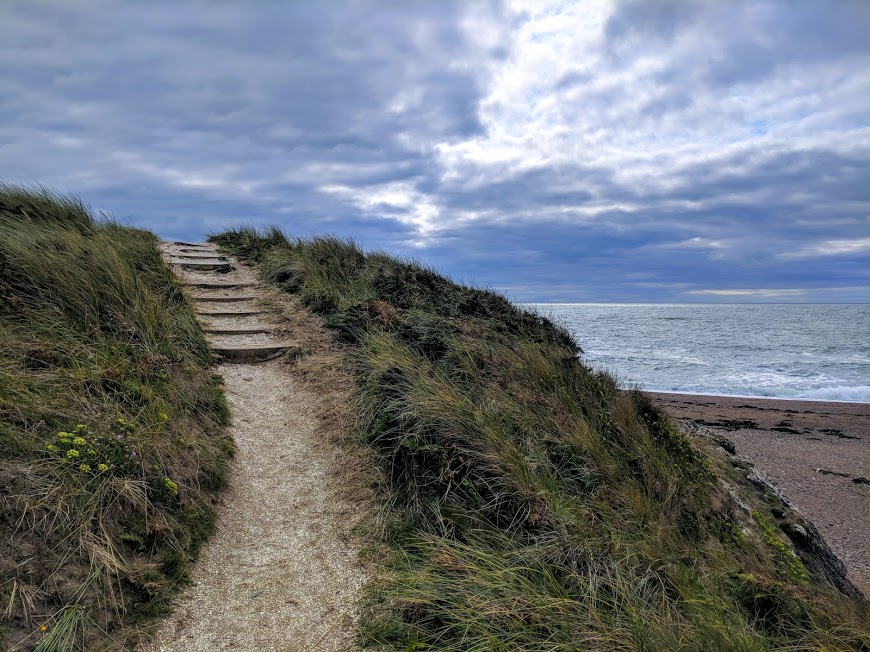 “After a visit to the beach, it’s hard to believe that we live in a material world.” Pam Shaw 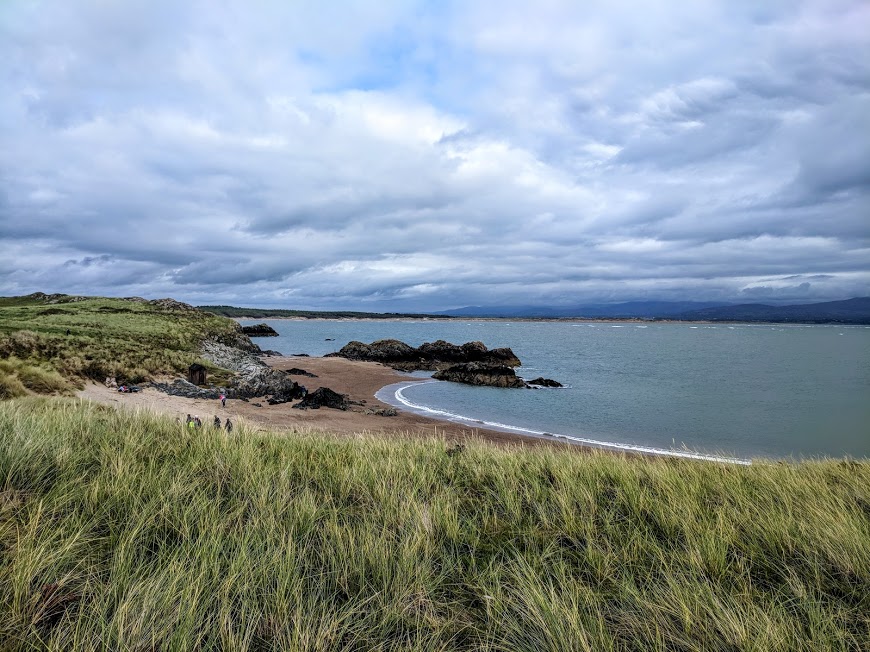 Newborough beaches in one of my favourite, on the west coast of Anagsley Wales and utterly stunning this beach, has it all from a forest that goes right to the beach to an island filled with history. I sent the whole day alone just exploring and letting the sea air wash away the week. 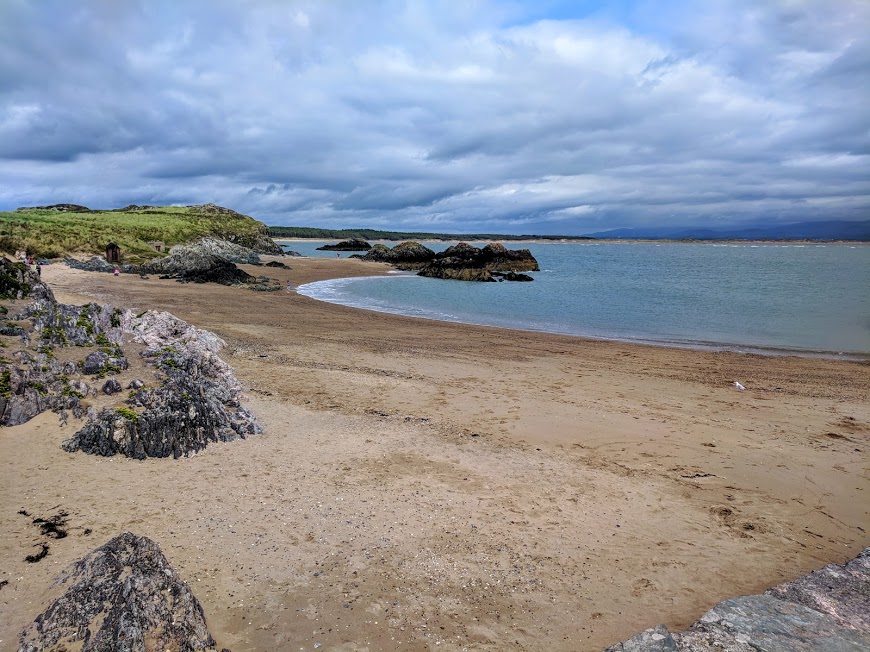 “It is extraordinary to see the sea; what a spectacle! She is so unfettered that one wonders whether it is possible that she again become calm.” Claude Monet 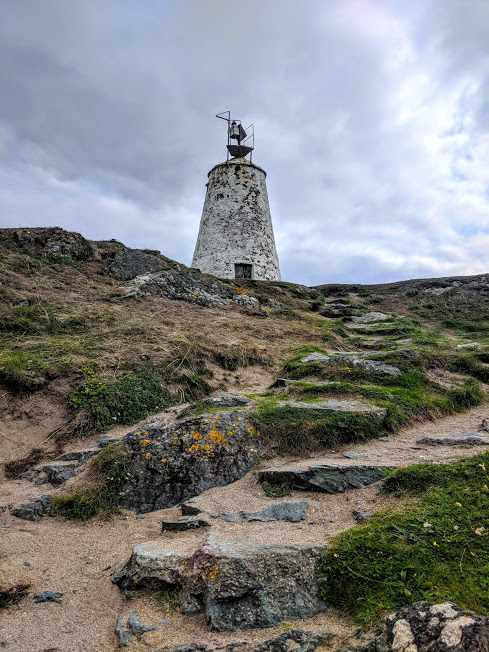 Ynys Llanddwyn (Ynys is Welsh for Island) is an enjoyable walk from Newborogh beach and totally worth it, the views are stunning. The island is very rich in legends and in particular the association with Dwynwen. The name Llanddwyn means “The church of St. Dwynwen”. Dwynwen is the Welsh patron saint of lovers, making her the Welsh equivalent of St. Valentine. Her Saint’s day is 25 January and is often celebrated by the Welsh with cards and flowers. The island bears the ruined remains of St Dwynwen’s Church. 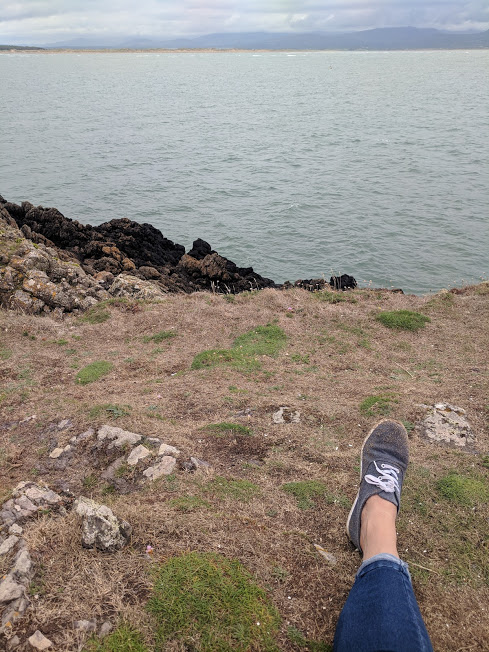 I won’t attempt to describe the story of St Dwynwen except to say that she was the daughter of a Welsh Prince and that the story of her unrequited love was not exactly happy, so she decided to live out the rest of her days as a hermit on Llanddwyn. With the views of Snowdonia and the Llyn Peninsula, I can think of worse places to live as a hermit! Being a true Christian she wished other lovers, the love she herself missed out on.  Later lovers came to the well on Llanddwyn to see whether their partner was faithful. St Dwynwen’s Church became an important place of pilgrimage in the Middle Ages but did not fare well in the Reformation. Dwynwen, the Welsh Patron Saint of Lovers has her Saint’s Day on January 25, the Welsh equivalent of St Valentine’s Day. The isle is also very attractive to lovers of geology. The rocks here are some of the oldest in Britain. They formed when this area was where tectonic plates met deep below the ocean. Lava oozed out forming the characteristic pillow rocks on view today. 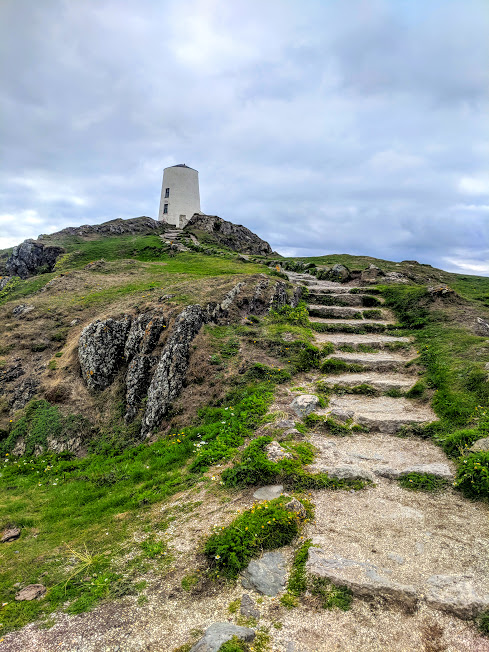 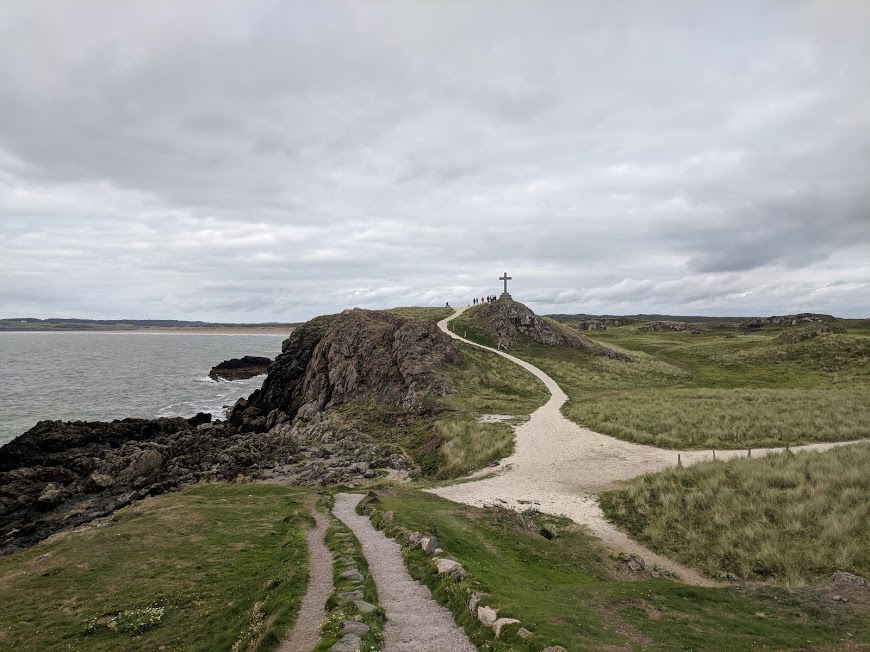 “Eventually, my eyes were opened, and I really understood nature. I learned to love at the same time”. Claude Monet 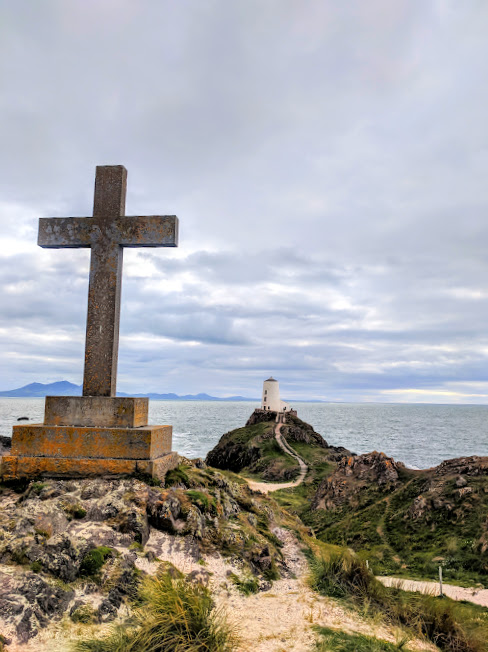 A Celtic and a plain cross dominate the skyline of Llanddwyn from many directions. One cross was erected at the end of the 19th Century, the other at the start of the 20th.  Both were erected by the island’s then owner, F G Wynn.

The poignant inscriptions on the Celtic cross read: “they lie around did living tread, this sacred ground now silent – dead“. In English on one side, and Welsh on another. Apparently, F G Wynn erected this cross to commemorate Llanddwyn Church, which at that time was largely ruined and overgrown. 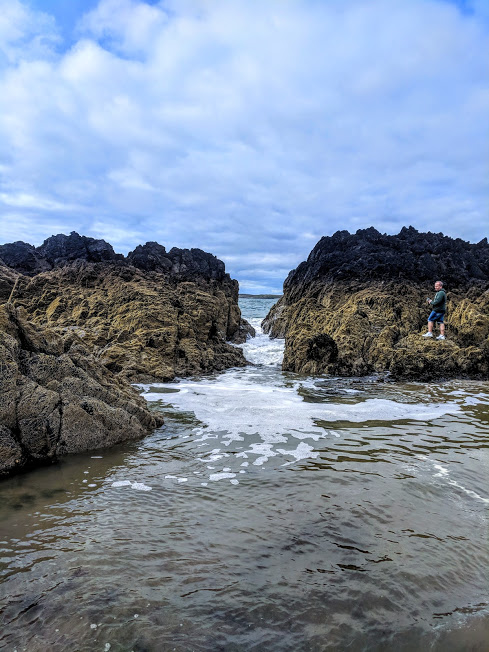 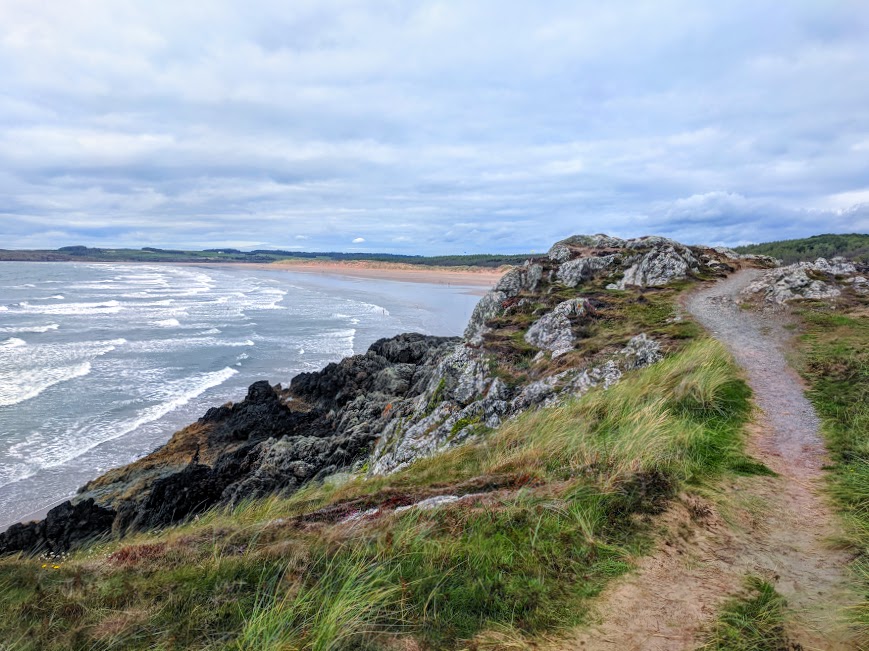 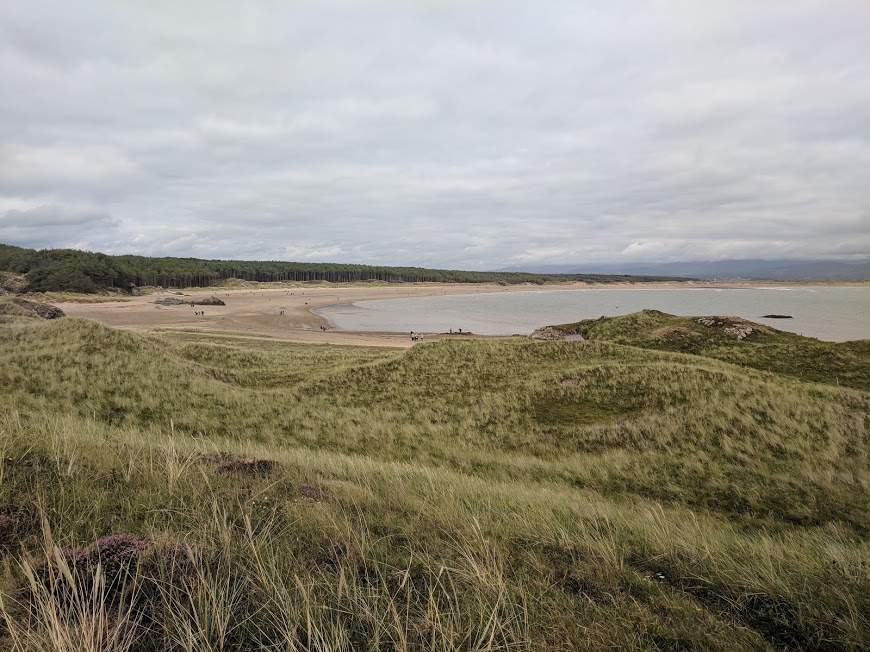 “Every time I stand before a beautiful beach, its waves seem to whisper to me: If you choose the simple things and find joy in nature’s simple treasures, life and living need not be so hard.”
Psyche Roxas-Mendoza 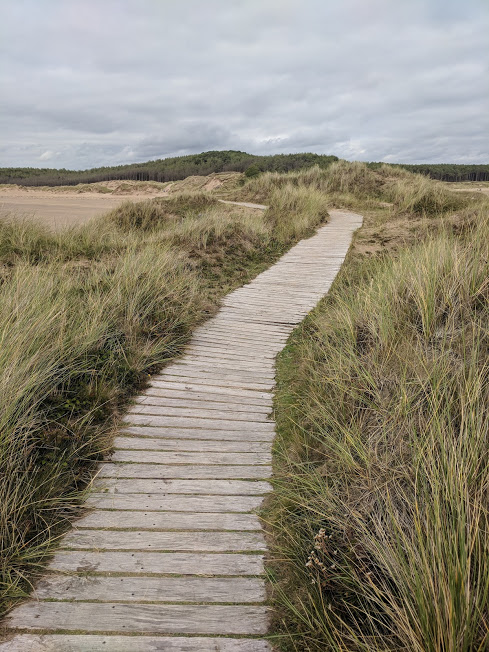 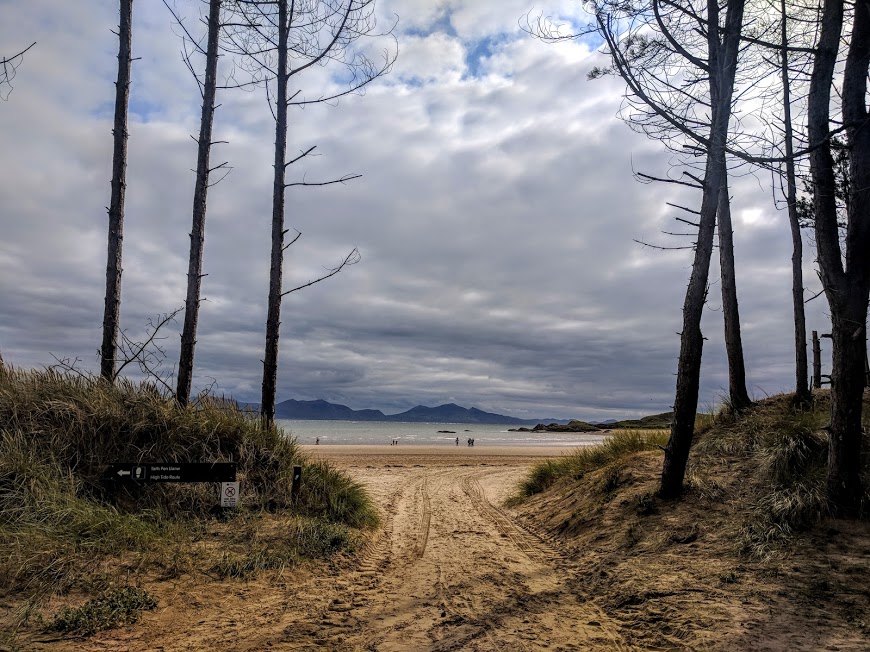 “At the beach, life is different. Time doesn’t move hour to hour but mood to moment. We live by the currents, plan by the tides and follow the sun.”
Sandy Gingras 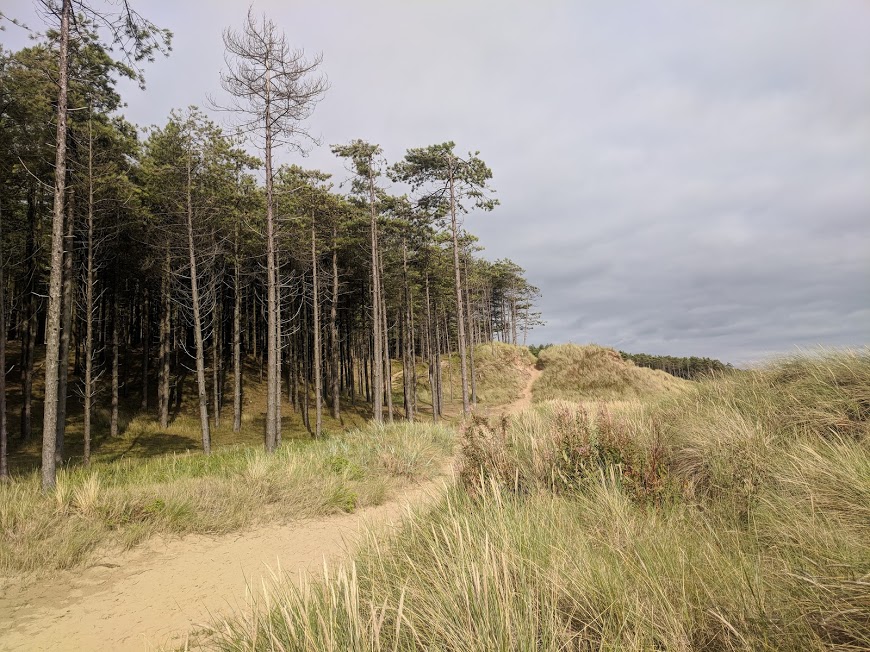 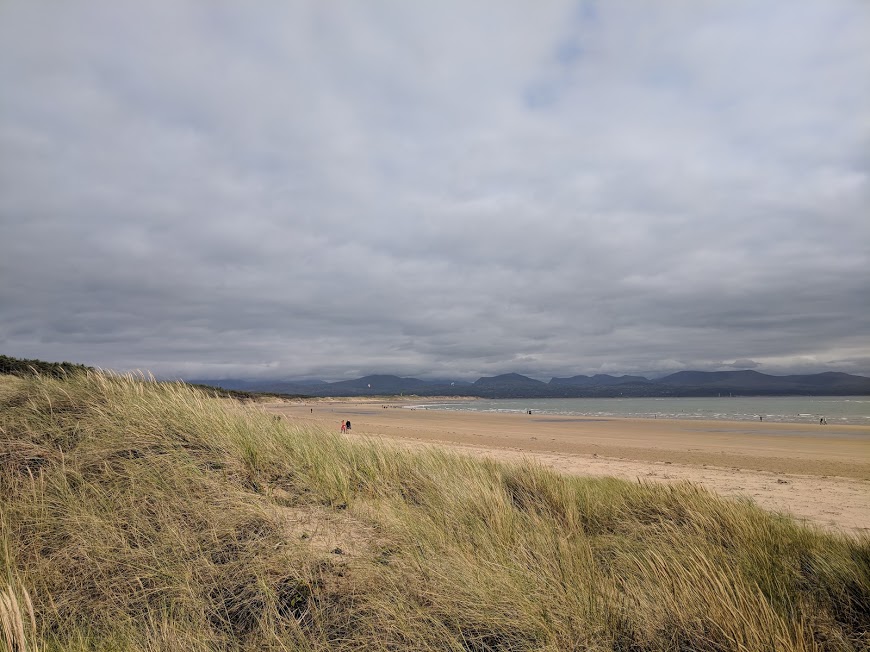